Someone asked about winter camping recently. People don’t often think of camping in the winter, but the conversation reminded me that the best time to try it is around the beginning of March. Days are getting longer, nights are less cold. Waskesiu Lake in Prince Albert National Park makes an ideal destination.

Anyway, today got me thinking about some of my past trips and, in particular, a trip I did with a friend a few years ago, following a conversation with the editor of the member magazine of CAA Saskatchewan. The editor found the the whole idea of winter camping intriguing. Next thing you know, I’m traipsing off into the wilderness (sort of — we weren’t far from the road) to pitch a tent and write about the experience. The story and photos, published in the Winter 2010 edition of Westworld Saskatchewan, got nominated for a Saskatchewan Gold award in the 2011 Western Magazine Awards.

The story is hard to find online, so I’ve reproduced it below.

Winter camping has its perks, starting with no crowds and bright stars. But just wait for the light show!

Something has woken me up. As I gather my bearings, it occurs to me that it’s the light. I look at my watch: three in the morning. It should be pitch-dark – it’s winter and I’m in the wilderness. The moon is below the horizon; sunrise is nearly five hours away. Still, something is making our campsite very bright.

I wrestle my arms out of my warm mummy bag and reach to unzip my tent’s storm flap. The wintry night air prickles through the space-age fabrics of my sweater and gloves. Tugging the zipper loosens ice crystals condensed on the inside of the canopy. They tickle my cheeks like tiny snowflakes as they fall. The storm flap drops away, revealing a sky ablaze with billowing curtains of green and purple light. The aurora borealis stretches in an arc from one horizon to the other, above the frozen surface of Waskesiu Lake in Prince Albert National Park. The forest opposite our Paignton Beach campsite is sharply outlined against the still snow and dancing sky. Such a sight is just one of the pleasures of winter camping, an activity avoided by most but one which I’m determined to cast in a favourable light on this frosty March weekend. An avid snow tenter myself, I can’t help but think that fair-weather campers are missing out.

Behind me, a boreal owl, perched somewhere to the southeast, is calling out a couple times a minute. Closer, a restless saw-whet owl flits from one tree to another, its whistle piercing the night every few seconds. From deep in the forest, the booming who-who of a great grey owl occasionally adds to the chorus. They’ve been calling since before sunset, more than eight hours ago.

“It’s breeding season, so they’ll just do that constantly,” Colleen Gerwing will tell me when I speak with her after our trip. A Prince Albert National Park interpreter, she’ll also point out that nine different owls either live in or pass through the park. “They’ll just go crazy during breeding season, starting in February. Did you get any sleep at all? They can drive you crazy if you’re camping near them!”

But tonight it’s not the owls that are keeping me awake. The northern lights have me mesmerized. Resting my head on my camp pillow to gaze at the electric sky through the open tent door, I’m unaware of sleep overtaking me in my cozy Polarguard cocoon. My eyes close for what seems like only a moment, and when I open them again I’m looking at an azure sky. The sun is just below the horizon. A mist has settled over the lake, glowing magenta in the dawn. Although the day is at its coldest, I feel warmed by the light. I crawl out of my sleeping bag, stumble out of the tent and step over to the open-air fireplace where Mark and I told stories over hot tea the previous evening. There are still a few embers alive in the firebox. I lay kindling around the coals and blow gently until the fire springs back to life. I put in a few larger pieces of wood, then go retrieve the items we’ll need for breakfast. Mark is standing out on the frozen lake, watching the sunrise.

Starting in the 1990s, several cycling buddies and I started going into Prince Albert National Park, skiing the 3.6 kilometres into Trappers Lake on any Friday night close to a full moon. We’d leave Saskatoon after work and be towing, by skis, our loaded toboggans down the trail by 8 p.m., moonlight illuminating our way for the 30 or so minutes it took to reach camp. On the occasional moonless trip, we were amazed to see shadows cast by Venus. On those still winter nights with their early sunsets, we spent a lot of time sitting in candlelight telling stories, warmed by the radiant heat of the park’s wood-burning stove. Sometimes, we’d strap on the skis and take a midnight tour over a frozen, snow-covered lake to marvel at the stars and listen to nature.

The national park is ideal for winter camping. To begin with, it’s quiet. It’s surprising how the sounds of civilization carry in winter. You need to go far from towns and highways to find serenity. The brightest stars are hidden below the horizon in summer but rise well into view in winter, creating spectacular skies. As a bonus, the clear, crisp air makes the stars come alive. Melted snow provides an almost inexhaustible source of pure, soft water. Groomed ski and snowshoe trails and winterized shelters stocked with firewood make the experience less arduous, especially for newbies. But what I’ve always liked best about winter camping is this: no bugs, no crowds.

This winter has not been good for camping, as Gerwing, an enthusiastic winter camper herself, will remind me. (“It came late. Even here in the park, we had a drought all winter.”) My friends and I had to cancel earlier trips, first for lack of snow, then because of extreme cold. Ten years ago, a weather forecast went seriously awry. Expecting an overnight low of about -22°C, we found ourselves shivering in our tents when the temperature plummeted below  -37°C. Moving into the campground’s winterized shelter kept us out of danger, but it was inconvenient waking up to stoke the fire, and things looked a little dicey when we couldn’t get the cars started after the ski back to the trailhead. Recalling that trip, I figured we could afford to wait until conditions were right this year.

Near the end of February, the weather was looking favourable though the park’s Crean Kitchen ski trails had deteriorated in the warm sun. Mark Nicholson and I decided we’d camp across the way instead at shady Paignton Beach, during the first weekend in March. We arrived on Saturday afternoon, set up our tents, started melting snow for water and began preparations for supper before sunset. At another shelter, a family was concluding a winter picnic. Down the way, a pair of women looked like they were settling in for the night by the winterized shelter. I was later told that another group was camping across the lake at Birch Bay.

But on Saturday night it was like no one else existed on earth. I would bet everyone camping that weekend felt the same way. Warmed by the radiance of a good fire, Mark and I had tucked into a hearty beef stew, accompanied by a glass of wine to toast the night. Later, while green tea steeped beside the fire, I walked out onto the lake to watch Orion march slowly overhead.

The sun rises quickly in March. I can feel its warmth as soon as it clears the mist. A pot of dusky espresso finishes frothing as I crack a couple of eggs to go with the bacon that’s sizzling near the front of the fire. Mark and I clear a spot between the pots and pans and set thick slabs of French baguette to toast. The two women who had camped down the way drive by as we eat.

After breakfast, Mark and I walk down to where the women had camped. There’s no evidence of tenting, no sign of fire, only footprints in the snow leading onto the lake. I imagine that they must have set their bedrolls on a groundsheet and slept under the stars, as many winter campers do if the night is not brutally cold. I realize that all of us in the park would have shared last night’s northern lights show.

Though we’ve had to dodge discouraging weather and cancel trips up until now, I’m glad we got out when we did. We managed to get at least one trip in before the end of winter, and it turned out to be one of the best weekends for a camp-out. Getting caught up in the day-to-day bustle of the city, it’s too easy to lose the simple joys of conversing with friends or contemplating a crisp night sky. A winter camping trip is a good reminder that stillness is important to finding balance in life. When it involves the northern lights flickering overhead, the experience can be transformational. 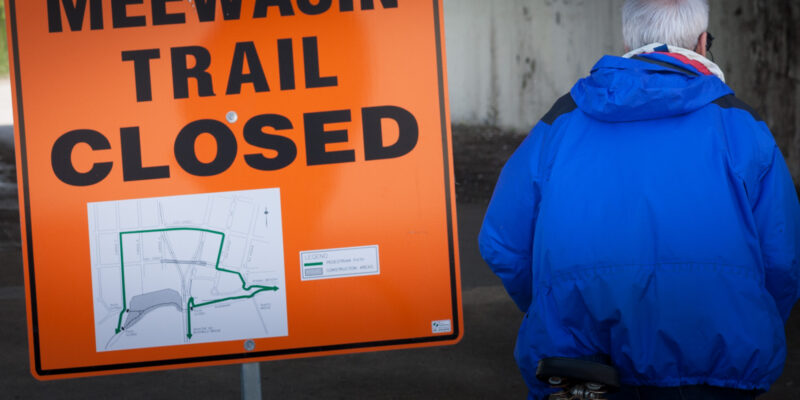 After using the same Wordpress theme for the past seven years, it’s time to update and, as we all know, construction has a way of getting out of hand. 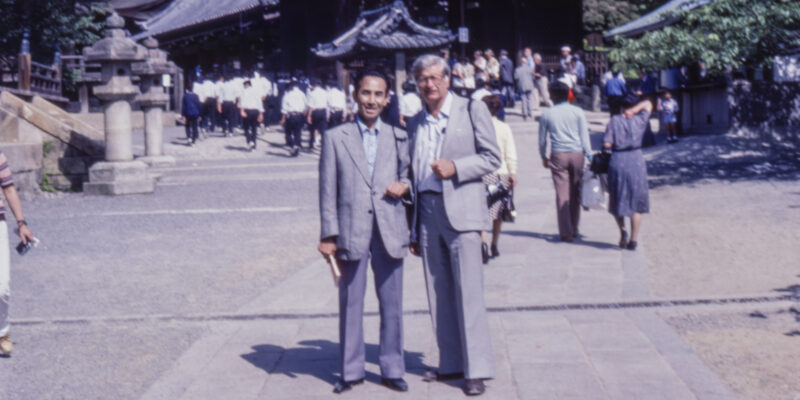 In an era of instant selfies, it can be hard to remember there was a time that when you were looking at the camera, someone else was looking back at you. 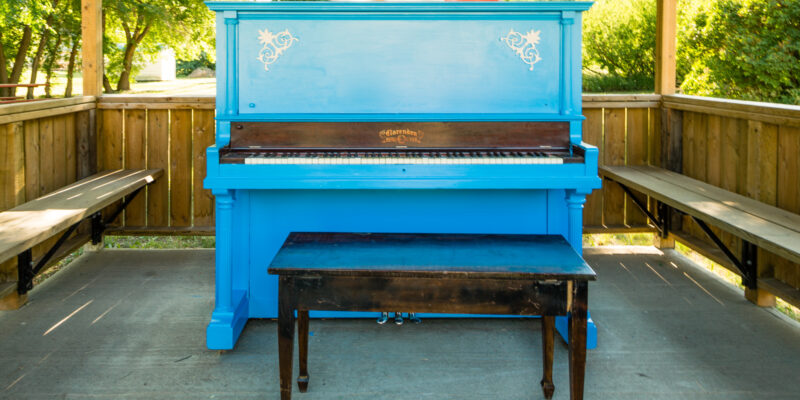 After the Elbow parade, after Gallery 148, after the best milkshake in the world, we found ourselves in Riverhurst. We decided to take a walk downtown, explore another “Railway and Main” in Saskatchewan. We found a blue piano. 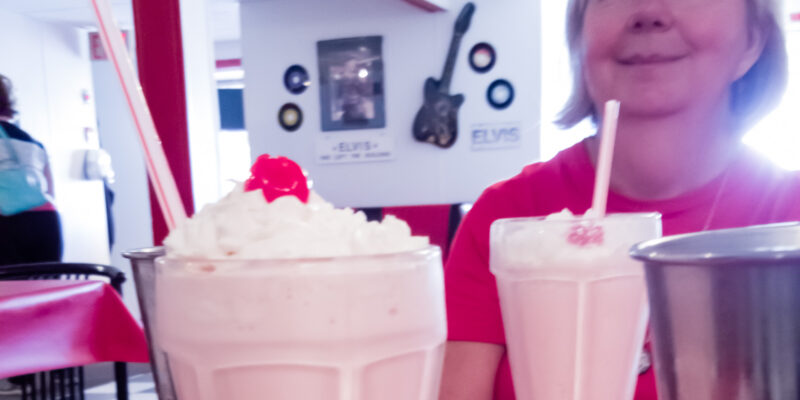 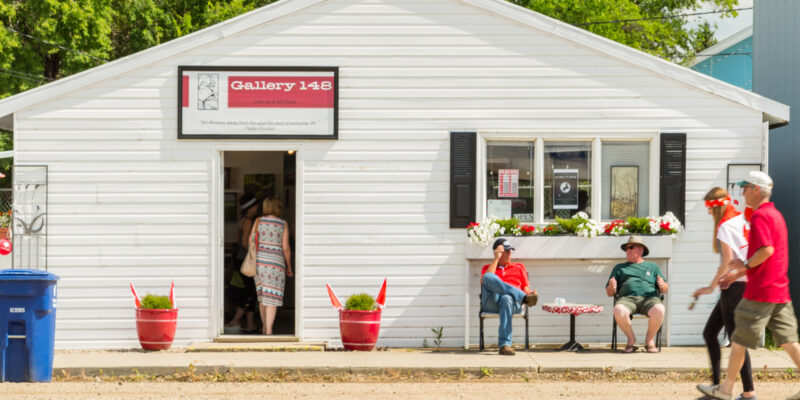 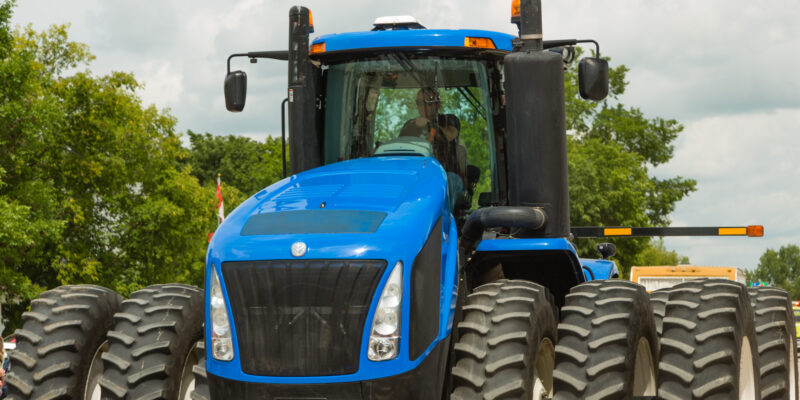 We popped down to Elbow for Canada Day. The town really comes alive for the summer on that day each year. I thought we missed the parade last year, but it turns out they didn’t have one. This year was a very special occasion.